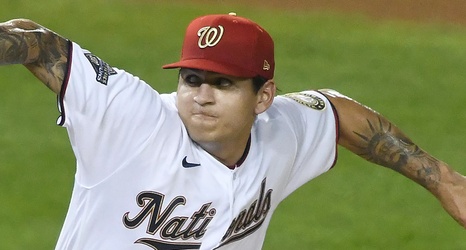 WASHINGTON – It was an eventful day for pitchers in the Washington Nationals’ system on Wednesday – and just part of that was in an Instructional League game.

In that contest in West Palm Beach, the Nationals beat the Marlins 3-1 as recent draft pick Mitchell Parker pitched two innings in his first appearance against an opposing team since he was drafted this summer.

“He has some deception in his delivery,” pitching coordinator Brad Holman told Federal Baseball from Florida on Wednesday. “He is a funky lefty.”

Parker, who turned 21 last month, was drafted in the fifth round out of San Jacinto Junior College in June.