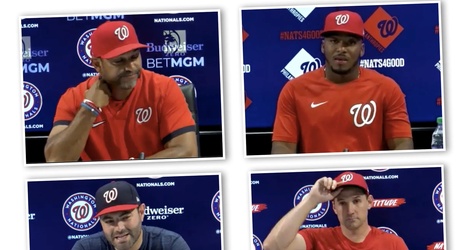 Ryan Zimmerman, until recently, didn’t want a lot of fanfare around what might be his last game with the Washington Nationals, but the 37-year-old, 16-year veteran talked it over with his wife in the days leading up to the season finale this past Sunday and decided on a plan to show his appreciation for the fans in the nation’s capital in case he did decide that he is ready to retire.

“Because I’m not sure really I didn’t want to make a big deal out of something,” Zimmerman explained to reporters in his post game Zoom call after Game 162 of 162, “.