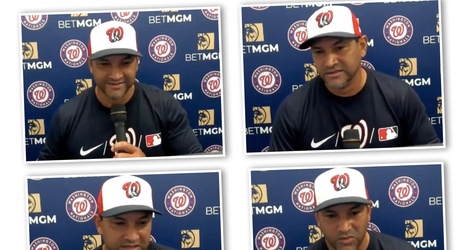 Erick Fedde, who hasn’t started in the majors since testing positive for COVID-19 last month, made a rehab start over the weekend as he works his way back, and the right-hander is with the team in Tampa Bay now, spotted by Washington Post writer Jesse Dougherty before the start of the series opener with the Rays on Tuesday.

Nationals’ skipper Davey Martinez confirmed that Fedde was back with the team.

”Fedde is back, he’s going to throw a bullpen and then we’ll see how it goes,” Martinez said.

“We haven’t decided what we want to do yet.