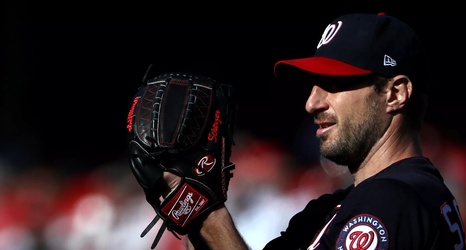 Both GM Mike Rizzo and Washington Nationals’ manager Davey Martinez suggested already Max Scherzer would likely get the nod in Game 1 of the World Series over the last week, but this afternoon in Houston, TX, Martinez made it official.

Scherzer will be the first D.C.-based pitcher to start a World Series game since General Crowder took the mound in Game 5 of the World Series on October 7, 1933.

“It’s going to be Max Scherzer tomorrow,” Martinez told reporters.“[Stephen Strasburg] will pitch Game 2, and not decided on Game 3 yet.