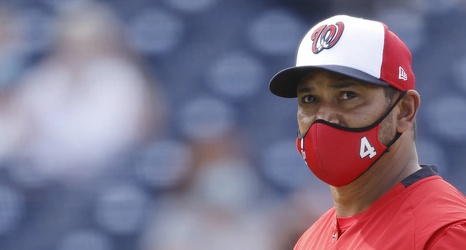 Washington’s Nationals, as a team, have a .288/.368/.458 line against left-handed pitchers this season, good 2nd/2nd/5th (tied) across the line amongst major league teams, but the club managed just four hits and one run off Atlanta Braves’ lefty Max Fried last night in the nation’s capital.

“I don’t think he’s thrown very many, but he threw some two-seamers, kind of threw us off a little bit.

“He was pounding the balls in too as well.