Washington Nationals’ lineup for the 1st of 2 with the Tampa Bay Rays... 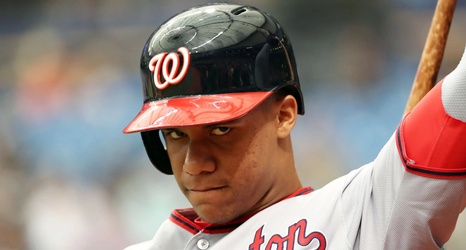 The club’s struggles with runners in scoring position this season were once again on display in the top of the third inning in Philadelphia, when Victor Robles and Austin Voth were hit in back-to-back at bats and Trea Turner singled to load the bases with no one out.