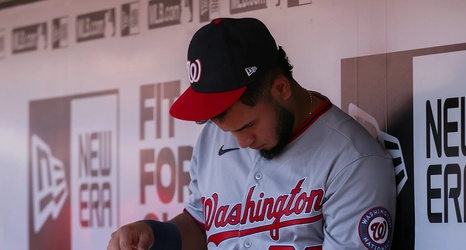 Davey Martinez has spent the last weeks and months getting to know some of the players who figure to play a big role in the Washington Nationals’ future, including Keibert Ruiz, a 23-year-old catcher acquired in the Max Scherzer/Trea Turner trade with the Los Angeles Dodgers, who immediately became the top prospect in the organization once he joined it.

Martinez’s early impressions of the backstop?

“He looks, he watches everything, he’s in tune with what’s going on.