Washington Nationals’ lineup for 2nd of 3 with the Arizona Diamondbacks in Chase Field... 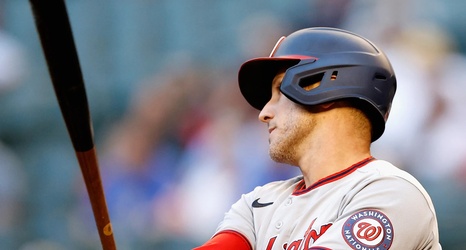 Davey Martinez’s club scored 17 runs on 22 hits in the first of three with the Arizona D-backs last night in Chase Field, went 9 for 26 with runners in scoring position, with five doubles, a triple, and three home runs, and blew the home team out for their second straight win after a stretch of four straight losses in which they’d scored a combined nine runs.

They scored six runs in the first, added runs in the second and third, scored three in the top of the fifth, and added six more over the last three innings in the sort of sustained offensive attack the Nationals’ manager has been looking for all season.