Washington Nationals get walloped, drop 11-5 decision to Philadelphia Phillies for 3rd loss in a row in CBP 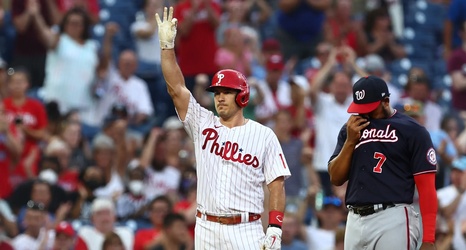 Patrick Corbin extended a winless streak to six straight starts last time out, taking his fifth loss in that stretch (0-5), with a 4 1⁄3-inning, 90-pitch outing in which he gave up a total of seven hits and four runs in a 7-3 loss to the New York Mets in the nation’s capital.

“He got ahead eight times, couldn’t put guys away,” manager Davey Martinez said in assessing Corbin’s outing against the Mets.