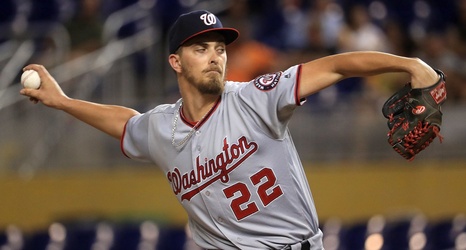 Entering the spring, A.J. Cole appeared to be the clear frontrunner to fill the vacant spot in the Washington Nationals‘ starting rotation. He finished 2017 strong, pitching to a 3.81 ERA in 11 big league outings. Although he ultimately did not make it, he even garnered consideration for the postseason roster.

Also working in Cole’s favor was the fact that his competition for the role was rather lackluster. Erick Fedde has a bright future, but might not be quite ready, and Tommy Milone and Edwin Jackson are both past their prime.