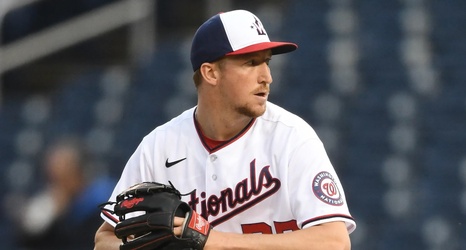 Though he wasn’t sure how things would work out last night as the Washington Nationals and San Francisco Giants waited to see if inclement weather in the nation’s capital would clear in time for them to play baseball, Davey Martinez did announce that Erick Fedde, 28, who tested positive for COVID-19 last month, was going to start one of the two games the clubs have to play today after Thursday’s planned series opener was postponed by rain.

“Fedde is going to throw one of these games,” Martinez said, when asked how he planned to handle the pitching with four games in three days this weekend.