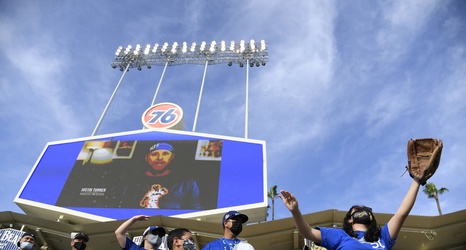 Patrick Corbin came off the IL (after getting caught up in the COVID crisis that hit the club before the season opener), in time to start the second game of three with the Dodgers in LA’s Dodger Stadium, but the 31-year-old left-hander struggled in his first outing of the ‘21 season, giving up six hits, three walks, and six earned runs in 4 1⁄3 innings pitched in what ended up a 9-5 loss for the Washington Nationals, who dropped their 4th straight and will have to try to salvage one in Los Angeles in the series finale.