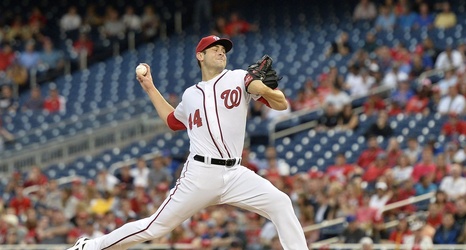 Jon Lester only lasted 3 2⁄3 innings, over which he gave up just four hits and one run, but he walked four, and threw 91 pitches to the 19 batters he faced, and Washington’s relief corps struggled to throw strikes as well, with Wander Suero walking two in the fifth, both of whom eventually scored as the Tampa Bay Rays broke up a 1-1 tie and went on to a 3-1 win in the series opener in Tropicana Field.

Lester vs Tampa Bay: Though he still hasn’t earned his first curly-W this season, Jon Lester has put together back-to-back outings in which he’s held opposing hitters to just one run over 4 and 5 2⁄3-inning appearances against the Brewers and Braves, respectively.