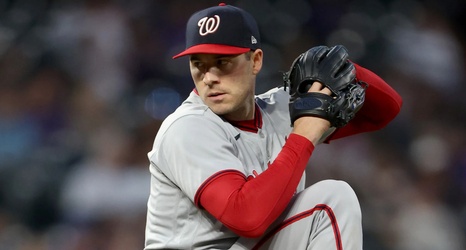 Patrick Corbin gave up just two runs in six innings, which, in Coors Field, you know, but one of the two came on his 37th home run allowed this season, the highest total in the National League, and it was an absolute bomb of a 475-foot last by Colorado Rockies’ slugger Trevor Story, who put the home team up 2-0 early on the Washington Nationals in what ended up a 3-1 win.

Corbin vs the Rockies: Facing the Rockies in the nation’s capital earlier this month, Patrick Corbin gave up 10 hits (2 homers), three walks, and six earned runs in four innings pitched, in which he threw a total of 87 pitches.