Washington Nationals drop 2 of 3 in Wrigley with 4-2 loss in series finale with Chicago Cubs... 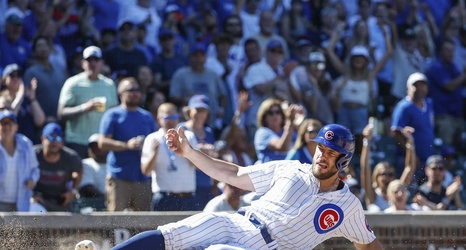 Winless in his last four starts with an 8.53 ERA, a 9.27 FIP, and a .276/.364/.737 line against in four second-half outings before today, Josiah Gray took the mound looking to turn it around and quiet any concerns about how he’s handling the rigors of his first full big league season at this point.

He was, however, coming off a rough, four-inning outing in which he gave up five hits, four of them home runs, three walks, and six earned runs, in a 7-2 loss to the Phillies in Citizens Bank Park.

“Obviously not something I want to highlight,” Gray told reporters of the career-high in HRs allowed (and league-leading HR total overall).