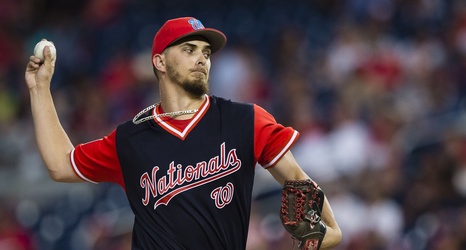 One of the main roster battles throughout Washington Nationals‘ camp this spring has been for the fifth spot in the starting rotation. Erick Fedde and Tommy Milone pitched well, but A.J. Cole ultimately won the job.

Unfortunately, Cole struggled mightily in his final spring outing on Friday night against the Astros.

The goal was for Cole to throw about 90 pitches as he ramps up for the regular season, but he only lasted four innings. His final spring outing was uninspiring, as the righty allowed three runs on five hits and five walks.