Washington Nationals 8-2 over Miami Marlins to set up rubber match tomorrow in D.C. 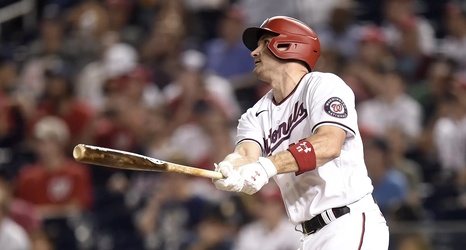 Erick Fedde went curveball heavy against Miami again tonight, after throwing his curve 37% of the time when he dominated the Marlins over 6 1⁄3 IP in South Florida last month, striking out a career-high 10 batters and giving up just one run on six hits in that outing. Back in the nation’s capital tonight, Fedde was up to 39% curves, as he struck out eight of 19 batters in five innings of work in which he gave up just one run on three hits, with a solo home run off him in the fifth inning accounting for the only run he allowed in what ended up an 8-2 win for the Washington Nationals which evened things up in the three-game series, setting up a rubber match at 1:05 PM ET tomorrow afternoon.