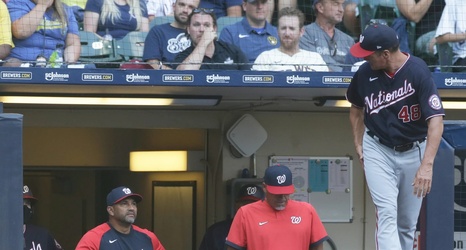 Talking to reporters over the final weekend of the 2022 campaign, Washington Nationals’ GM Mike Rizzo made it clear that the pitching in D.C. would have to improve after a 2021 season which saw the club struggle in numerous aspects of the game.

“I think the pitching definitely has to improve. This game is built on pitching, it’s built on starting pitching for me, and we have to get better in that aspect for sure,” Rizzo said.

For the club to compete, the GM and President of Baseball Operations in the nation’s capital acknowledged, they will need significant contributions from starters Stephen Strasburg, Patrick Corbin, and Joe Ross, with Strasburg and Ross struggling with injury issues last year (after Stras was injured and Ross opted to sit out in 2020), and Corbin trying to figure out what’s ailed him for the past two seasons after he helped the Nationals win the World Series in his first run with the club in 2019.