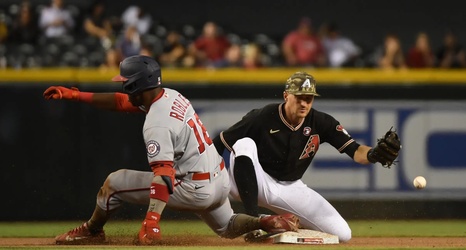 It probably didn’t matter that the Washington Nationals regressed to last week’s form in Saturday’s 11-4 loss to the Arizona Diamondbacks. Even if the offense hadn’t gone 2-for-12 with runners in scoring position, it’s doubtful they would have scored enough to win when the pitching staff gave up 11 earned runs.

The only National to hit safely with RISP before the ninth inning was Victor Robles, who also turned in his second straight multi-hit game, after collecting a pair of doubles in Friday’s series opener.

“It’s just a matter of him starting to understand the strike zone, and balls he can and can’t hit,” manager Davey Martinez said after the game.