The Washington Nationals could have pitched the best bullpen game in history. It didn’t matter. 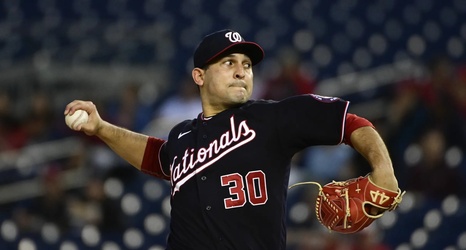 It could have been a rainout, it might have been a blowout, but it turned out to be another shutout for the Washington Nationals in a season that’s slowly fading away.

When Max Scherzer leaves a game after only 12 pitches, few Nationals fans would expect their team to win.

But in 2021, no one familiar with the Nats would think twice after hearing that they lost that game, 1-0, after the bullpen rallied around the injured starter to hold the San Francisco Giants to four hits.

After an on-time start following a day of rain, the game turned on a few inches — the difference between a home run for the Giants and just another out for the Nationals in a game where they racked up 27 of them more rapidly than they have all season.