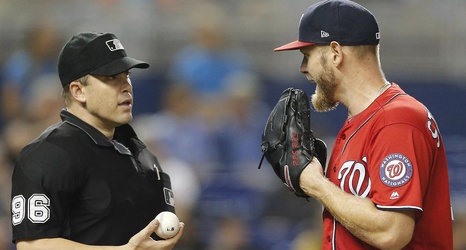 Last time out on the mound against Miami, Stephen Strasburg held the Marlins scoreless in eight innings, giving up just two hits, and striking out 14 of 25 batters faced, retiring 22 in a row to end his outing in a 7-0 win for Washington in Nationals Park.