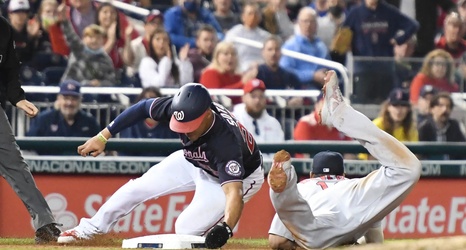 With the Washington Nationals playing out the regular season schedule against a Boston Red Sox club that is clinging to the second American League Wild Card spot going into this weekend’s series, the Nats know what is on the line in the final games on the schedule for a disappointing team that took the field for the final three games 65-94, 21.5 behind in the NL East.

It would, of course, be wrong to assume that the Nationals don’t have anything to play for, especially with a young team in the midst of reboot that has a number of players trying to establish themselves as part of the next competitive team in the nation’s capital.