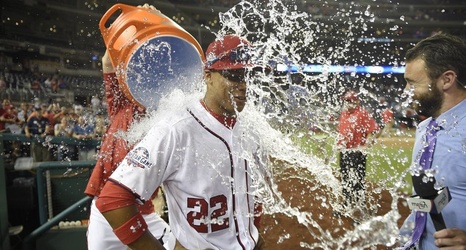 Against the same Padres.

Soto’s shot, part of a 10-2 Nationals’ thrashing of the last-place Padres, was also his first hit and first three RBI.