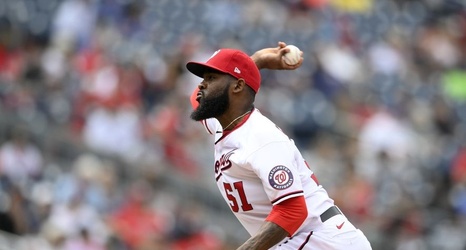 After allowing seven runs in his last 3 2/3 innings, the Washington Nationals optioned reliever Wander Suero to Triple-A Rochester on Tuesday, a move made in the hopes of rediscovering some of the right-hander’s confidence.

The Nationals announced Javy Guerra was called up to take Suero’s place. And with catcher Rene Rivera landing on the 10-day injured list, Washington brought up catcher Riley Adams, the player received in the trade that sent closer Brad Hand to the Toronto Blue Jays.