Nationals: A Look Back At Gio Gonzalez’s Time In D.C. 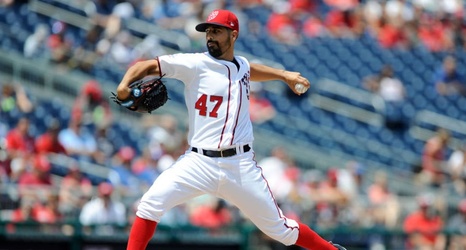 Another former National’s cornerstone has ridden off into the sunset.

From 2006-2010 Washington was by far one of the worst teams in the league, losing an average of 95.6 games per season. Then in 2011, the tide slowly started to change for the bottom dwellers, with Washington finishing the season 80-81. With the team’s young core finally starting to blossom, Mike Rizzo decided to pull the trigger on a trade that would help turn Washington into perennial contenders.