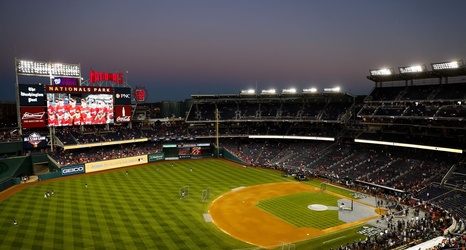 Major League Baseball banned two models from all MLB stadiums indefinitely after they attended Game 5 of the World Series at Nationals Park and flashed their breasts on Fox’s telecast.

One of the women, Julia Rose, shared on social media a letter written and signed by David Thomas, the vice president of security and ballpark operations.

“On October 27, 2019, you attended World Series Game 5 at Nationals Park in Washington, D.C.,” the letter read. “During the game, you violated the fan code of conduct by exposing yourself during the seventh inning in order to promote a business.