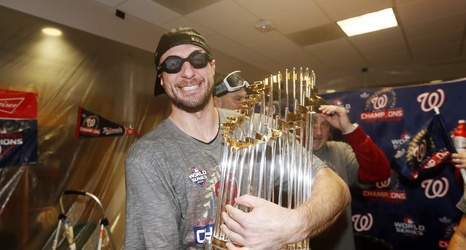 “The cortisone shot worked,” Max Scherzer told reporters after the Washington Nationals series-extending win in Game 6 of the World Series.

Scherzer was scratched from a scheduled start in Game 5 of the Fall Classic, with what he described at the time as a nerve issue in his neck which left him unable to lift his right arm.

But 48 hours and a cortisone shot later, the 35-year-old, 12-year veteran was cleared to get back on the mound for the final game of the 2019 campaign.