Key pieces of the future step forward for Washington Nationals 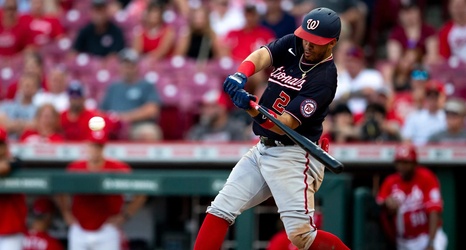 In addition to claiming status as the top last-place team in the National League, the Washington Nationals offered fans a glimpse into the future as they pulled out a second straight four-game weekend series win in Cincinnati.

Sunday’s 5-4 win over the Reds offered a glimpse of a few of the players the Nats might want to patiently hold on to as they reboot around Juan Soto, including shortstop Luis García and catcher Kiebert Ruiz.

Both were in on key plays as the Nats stranded the tying and go-ahead runs on base with two outs in the bottom of the ninth.