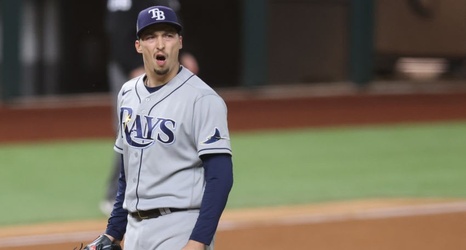 ARLINGTON, TEXAS - OCTOBER 27: Blake Snell #4 of the Tampa Bay Rays reacts as he is being taken out of the game against the Los Angeles Dodgers during the sixth inning in Game Six of the 2020 MLB World Series at Globe Life Field on October 27, 2020 in Arlington, Texas. (Photo by Tom Pennington/Getty Images)

Analytic departments are a crazy thing and have completely reshaped baseball, sometimes for the worse. This was on full display during game six of the World Series.