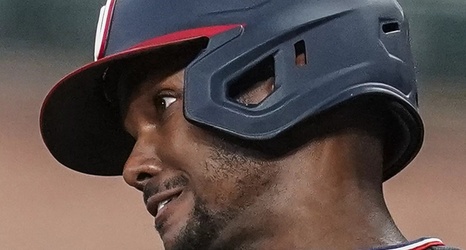 Michael A. Taylor had a consistent backer in Washington Nationals’ manager Davey Martinez during their time together in the nation’s capital.

Martinez talked often about Taylor as a Gold Glove-caliber defender in the outfield.

“We believe there’s some upside there, but the ability to play that position is really, really important.” - Dayton Moore on Michael A. Taylor

Taylor, 29, and a 2009 6th Round pick by the Nats, got consistent at bats due to injuries to other outfield options in Martinez’s first year on the bench in 2018, got sporadic at bats in 2019 and 2020, then cleared outright waivers this winter, before the seven-year big league veteran opted for free agency.