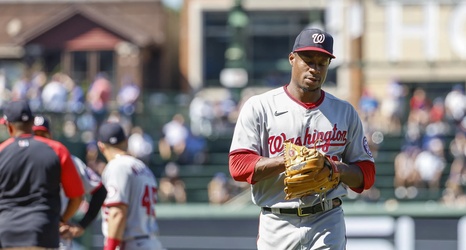 “He was up in his zone. Every ball that got hit hard was up, and his misses were almost right down the middle,” Davey Martinez said after Josiah Gray gave up five hits, four homers, and six runs total in four innings on the mound in Citizens Bank Park, as quoted by MASN writer Bobby Blanco.

“We’re keeping a close eye on him,” Martinez added at another point in his post game press conference following the club’s 7-2 loss in Philadelphia.

“He’s worked really hard to keep himself going. Hopefully, we won’t have to shut him down because I know he does not want that.