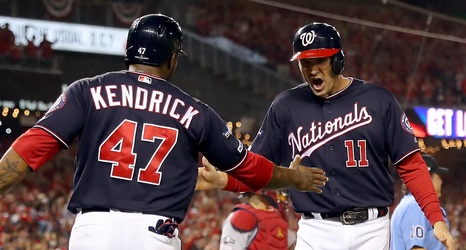 Ryan Zimmerman has seen it all. Drafted in June of 2005, and called up that September, there isn’t much Washington Nationals’ history that Zimmerman wasn’t a part over his 15 seasons in the nation’s capital.

“Don’t ever call those guys old. They’re really young in my heart and my eyes. They’re playing like they’re 22, 23.” - Davey Martinez on Ryan Zimmerman and Howie Kendrick

“Me, the fans, the community, we’ve kind of grown up together,” the now-35-year-old first baseman told reporters after the Nationals clinched the NL Pennant and a spot in the 2019 World Series on Tuesday night.