How will Max Scherzer react to frustrating season which ended with the Washington Nationals winning it all? 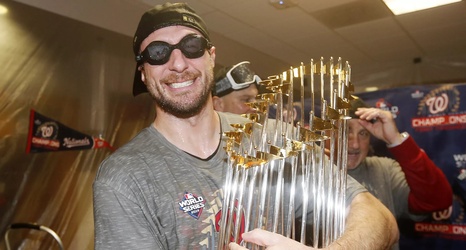 The news that Max Scherzer might not be able to go in Game 5 of the World Series made its way around the press box before it was officially confirmed by the team, and when second-year manager Davey Martinez made the announcement he said the 35-year-old starter tried everything he could to get on the mound before bowing out.

“He said he woke up like that yesterday,” Martinez explained, “and like I said, he spent all day getting treatment. And today he just locked up. Just spasm, neck’s jacked up. He was just -- he was in a bad place.