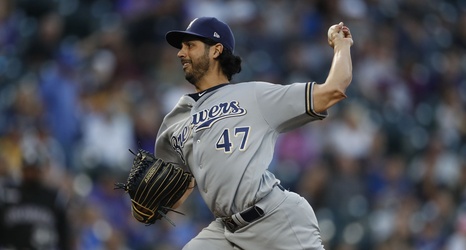 The Milwaukee Brewers’ roster for Tuesday night’s National League Wild Card Game does not include two pitchers who once appeared in the playoffs for the Washington Nationals.

Gio Gonzalez and Matt Albers were left off the wild-card roster, the Brewers announced Tuesday. Gonzalez pitched 4 2/3 innings and did not allow a run Saturday for the Brewers against the Colorado Rockies.