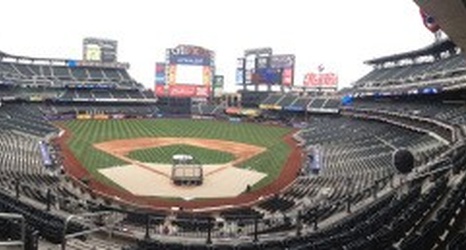 NEW YORK — OK, let’s try this again. After nonstop rain pelted the city all day and all night, conditions are supposed to clear up this afternoon before the Nationals and Mets take the field the first half of a day-night doubleheader.

Gio Gonzalez and Noah Syndergaard will take the mound as each originally was supposed to last night. (Max Scherzer and Matt Harvey square off in the star-studded nightcap at 7:10 p.m.) Bryce Harper, who still holds a .331-to-.329 lead over Dee Gordon for the NL batting title, is in the lineup batting in his customary third spot.