Fedde back from COVID-19 list as Nationals, Giants split doubleheader 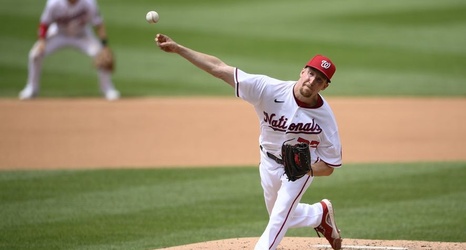 LaMonte Wade Jr. led off the eighth inning with an RBI single that broke a scoreless tie and the San Francisco Giants held on to beat the Washington Nationals 2-1 Saturday to earn a split in the day-night doubleheader.

In the opener, Erick Fedde returned after nearly a month on the COVID-19 injured list and pitched five sharp innings that led the Nationals to a 2-0 win.

The two teams combined for five runs in the doubleheader that was scheduled after Thursday’s rainout.

Held to just one hit in the first seven innings of the second game, the Giants quickly took advantage of the extra-inning rule that starts with a runner on second base.