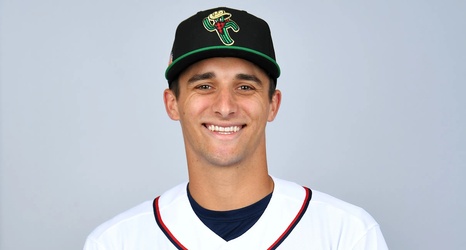 WASHINGTON – Keibert Ruiz and Riley Adams were not the only catchers that the Nationals acquired in late July trades.

Washington also picked up backstop Drew Millas, who made a good enough impression that he is part of the Arizona Fall League roster with the Surprise Saguaros.

Millas came to the Nationals in the deal with Oakland that sent veterans Josh Harrison and Yan Gomes to the A’s.

Millas, 23, is a St. Louis native who was drafted in the seventh round by Oakland in 2019 out of Missouri State.

“We are excited to have him, too – a very mature young man,” Mark Scialabba, assistant general manager, player development, told Federal Baseball.