Did Luis García earn Washington Nationals’ second base job in 2022 with play in 2021? 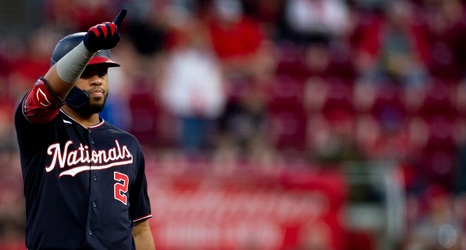 Luis García, 21, has some things to work on after his second season in the majors in 2021, from staying locked in and prepared for every play, to his approach against right-handed pitchers.

In two seasons in D.C., the Washington Nationals’ infielder, who signed for $1.3M in 2016, and moved up quickly in the organization, has shown flashes of being the type of player that club thinks he can be, but there’s still work to do moving forward.

García’s manager, Davey Martinez, pointed to the left-handed swinging infielder’s reverse splits this season as something that he needs to sort out.