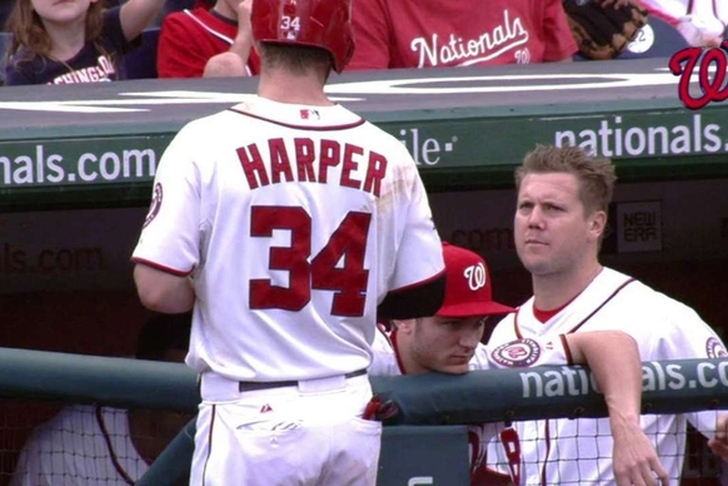 If you haven't already heard, Bryce Harper and Jonathan Papelbon got into a little fight during the Nationals' 12-5 loss to the Philadelphia Phillies.

Papelbon apparently took issue with Harper's lack of hustle on a fly ball, words were exchanged and Papelbon attacked Harper. Here's the video of the fighting if you haven't seen it yet.

Here's the latest on the fight and what it means for the Nationals going forward:

Papelbon took the blame, according to MLB.com.

Papelbon's season is done, as he was suspended for three games by the MLB for throwing at a batter earlier this season and four games by the team for attacking Harper.

The fight was a reflection of the Nationals' entire season, according to the Washington Post.

Nationals fans have promised donations to charity if the team cuts Papelbon, who is signed through next season.

Matt Williams, who apparently didn't see the fight, shouldn't survive the season according to Yahoo.

Unnamed players have come out in support of Papelbon.