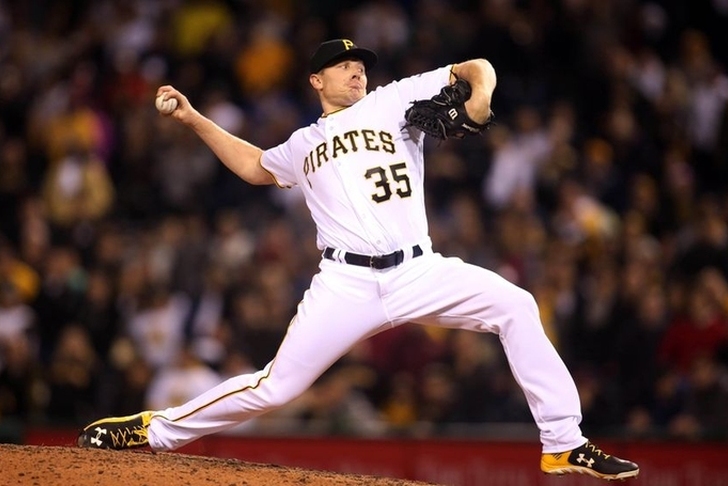 The Washington Nationals have found their new closer. The team has landed Mark Melancon from the Pittsburgh Pirates.

The Nationals had looked at plenty of closers, from Aroldis Chapman to Wade Davis. They needed to add one given Jonathan Papelbon's rough few games. Melancon is a rental, as he'll be a free agent after this season. The Nationals are sending one MLB player and a prospect to Pittsburgh.

As reported by @jonheyman. Melancon for Rivero and Hearn. https://t.co/7T8mv5e1Dw

Rivero has a 4.53 ERA, but the lefty is better than the ERA might otherwise indicate. His WHIP is just 1.17 and he posted a 2.79 ERA last season. Taylor Hearn is the prospect in the deal. A 6-foot-5 left, he's a top 30 prospect in the Nationals' organization. He was a fifth round pick in 2015 and was last at A-Ball for the Nats.

There were rumblings that Erick Fedde was going to be included. However, it appears the Nationals are keeping their No. 5 overall prospect.