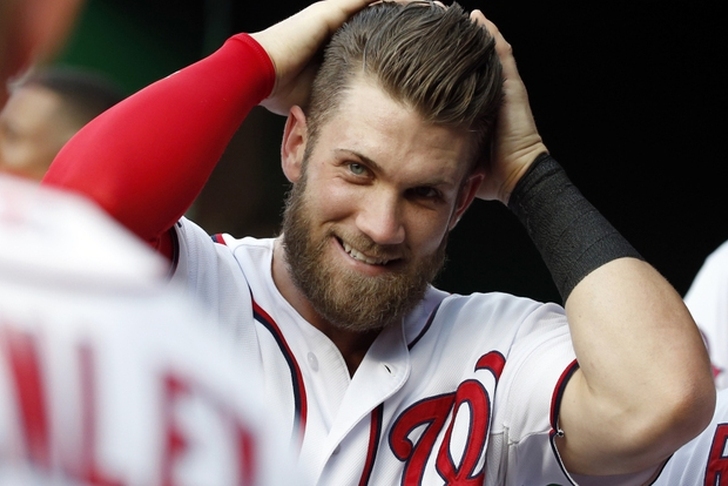 Washington Nationals star Bryce Harper has signed a 10-year extension with Under Armour worth more than any other endorsement deal in MLB history, according to ESPN's Darren Rovell. The exact terms of the deal will not be disclosed.

Harper has been with the UA brand for five years, signing on when he was playing for the Nationals' Single-A affiliate at age 18. Last season, the 23-year-old outfielder became the youngest ever unanimous MVP selection, winning the National League honor after hitting .330 with 42 home runs and 99 RBI.

Under Armour also has long-term deals with NBA MVP Stephen Curry, NFL MVP Cam Newton and PGA Tour Player of the Year Jordan Spieth. The company is expected to sell $5 billion worth of merchandise in 2016.

Follow our MLB news and rumors page for all the latest in the world of baseball!