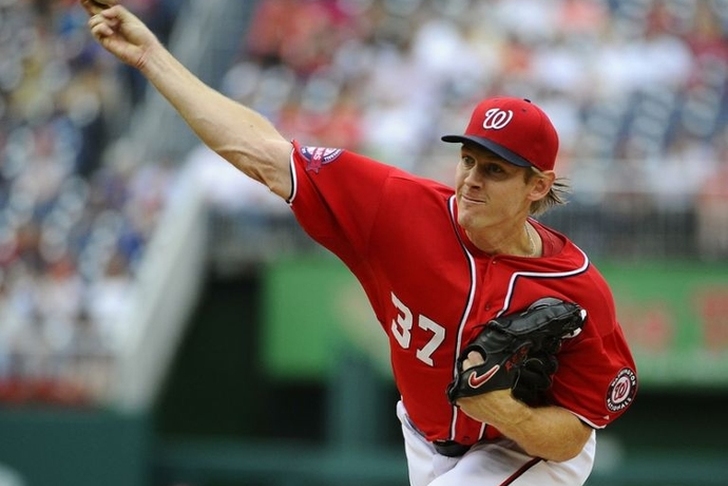 The Washington Nationals have signed ace pitcher Stephen Strasburg to a seven-year deal worth $175 million, according to CBS Sports' Jon Heyman.

Strasburg has a "rolling" opt out, after years 3 and 4

It's the largest contract ever given to a player who has had Tommy John surgery, which he had in 2010 and caused him to miss almost all of the 2011 season.

Heyman notes that the deal is a surprise due to the surgery in the past and his inability to establish himself as a true No. 1 pitcher to his point in his career, but explains why the Nationals wanted to get a deal done:

Strasburg was due to be the biggest free agent on a market that is amazingly thin, especially for top-of-the-rotation starting pitchers. Strasburg also looks like he may be coming into his own. Not only is he 5-0 with a 2.36 ERA and 47 strikeouts in 42 innings but since returning from a short D.L. stay in August he totes a 2.08 ERA, better than every starter but Jake Arrieta (0.55) and Clayton Kershaw (1.73), generally conceded to be the top two starters in the National League.

The team is expected to announce the deal during a press conference on Tuesday.