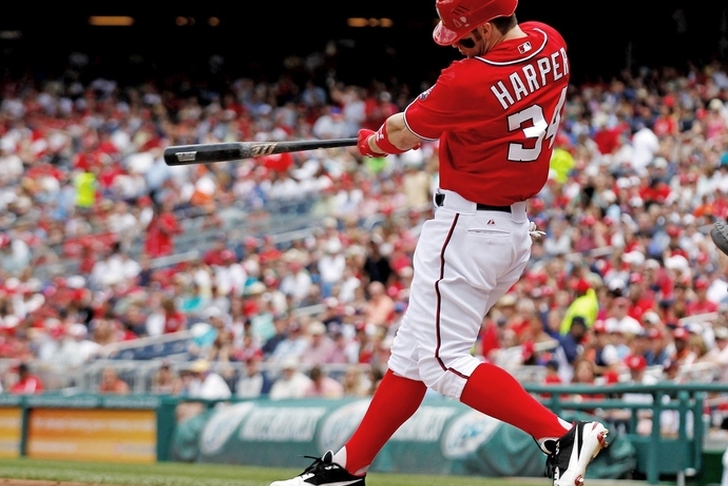 An amazing 2015 season resulted in Washington Nationals outfielder Bryce Harper unanimously winning the 2015 National League MVP Award. The 23-year-old Harper is the fourth-youngest MVP in baseball history. Harper winning also means that the NL MVP is younger than the NL Rookie of the Year, since Chicago Cubs third baseman Kris Bryant is a few months older than Harper.

Harper winning shouldn't be a surprise, as he led the majors in several key stats. Harper posted a 9.9 WAR (Wins Above Replacements), a full one WAR higher than any other NL hitter. He led the MLB with a .460 on-base percentage, a 1.109 OPS and 118 runs scored.

He tied for the NL lead with 42 home runs and drove in 99 RBIs. Harper also walked 124 times, the second-most in the NL. He posted a .330 batting average, which was also second in the NL. Harper posted career numbers in nearly every major offensive category.