The Latest Nationals Rumors On Trading For Bullpen Help, Josh Reddick And More 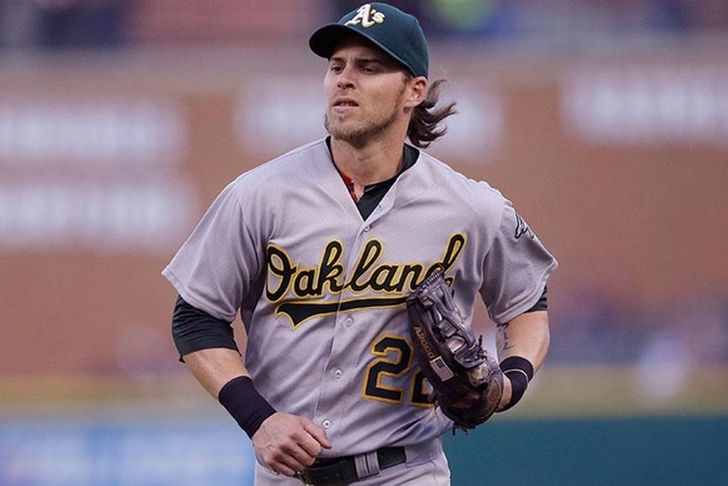 The MLB trade deadline on July 31st is rapidly approaching, and the trade rumors around the Washington Nationals are starting to heat up. Washington is 54-36 and in first place in the NL East. But this team isn't perfect and could look for another upgrade or two at the deadline. With that in mind, here all the latest Nationals trade rumors.

Washington Interested In Josh Reddick?
The Nationals have already been linked to Jay Bruce, and although he remains an option, the Blue Jays are looking at other outfielders. The San Francisco Chronicle reports the Nationals have scouted OF Josh Reddick, who appears to be on the trade block. Reddick wants a longer and more expensive deal than the A's are willing to give him. Reddick's offense is struggling a bit, but he's still providing quality defense and effort. The Royals, Giants, Cubs, Blue Jays and Dodgers are among the other teams already linked to Reddick.

Nationals Don't Have Any Needs?
The Nationals are clearly one of the best teams in baseball and that has general manager Mike Rizzo feeling confident. He doesn't see any major needs on the roster

"So, I don’t sense any need," Rizzo told the Washington Post. "That’s not to say that we’re a perfect team and we couldn’t upgrade if the right possibility comes."

If the Nationals decided to make a deal, Rizzo thinks there will be options.

"I think we’ll have options to make moves," Rizzo said. "We’re going to make prudent moves. If that means taking on salary and not giving up a prospect, we would consider that. But we like the team that we have, and I don’t see a lot of needs to improve ourselves."

Nationals Looking For Bullpen Help?
Despite not feeling the need for any major upgrades, the Nationals appear to be in the market for bullpen help. Buster Olney of ESPN Insider reports the three most likely teams to make moves for bullpen help are the Nationals, Rangers and Giants. Olney doesn't reveal which players in particular that the Nats are targeting.

Follow our Washington Nationals team page for all the latest Nationals trade rumors or download the Chat Sports App!