Report: Max Scherzer Agrees To A Multi-Year Deal With The Washington Nationals 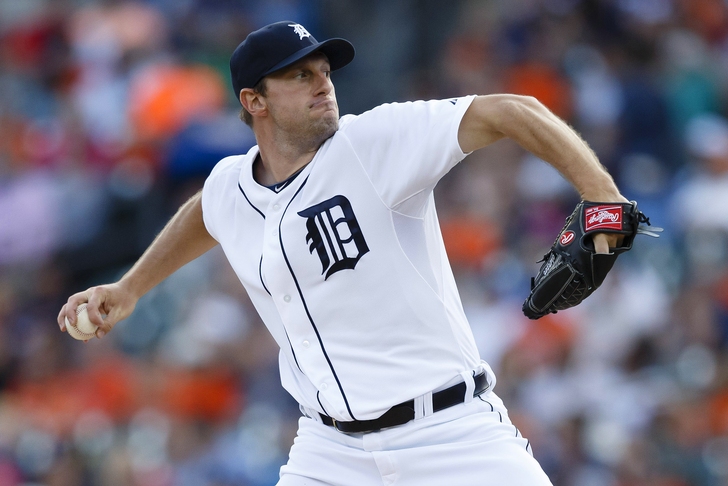 Former Detroit Tigers ace Max Scherzer may have had a long wait, but he's finally found a home for 2015 and beyond after agreeing with the Washington Nationals on a multi-year deal.

Max Scherzer has agreed to a contract with the #Nats, source confirms @JonHeymanCBS report.

With Hardball Talk indicating that his deal with the Nats will be for seven years for a total salary north of $144 million, Morosi reports that starting pitcher Jordan Zimmermann may find his way out of town with the Nats sitting with a surplus of pitchers (and also in need of some financial flexibility):

If not Zimmermann, Stephen Strasburg is another option Morosi has been told could be a possibility:

Yes, #Nats are willing to trade Stephen Strasburg if they don't get acceptable offer for Zimmermann (in event they land Scherzer).

Follow our Washington Nationals team page for more on Scherzer's signing as additional information is made available.