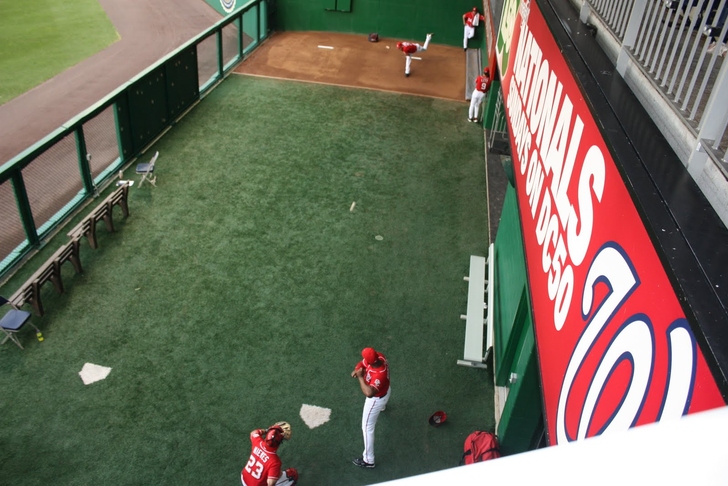 In today's Nationals trade rumors and news bulletin, the Washington Nationals rank as one of the quietest contenders speculation-wise heading into the July 31st non-waiver trade deadline.

While that is most likely a sign of the Nationals' solid roster constitution, the Nats are still remaining open to potential additions - especially those that would help to fortify the team's bullpen.

According to Adam Kilgore of the Washington Post, "as the July 31 trade deadline approaches, one National League general manager familiar with the Nationals’ thinking said the Nationals have focused on adding young shortstops to their minor league system and relief pitching to fortify their big league roster."

The Nationals aren't looking to fill a hole in their search for a relief pitcher. In fact, they will likely struggle to integrate a potential acquisition into their very deep, very talented relief corps.

However, adding another arm could help the 'pen avoid the wall they hit in 2012. The Nationals struggled to a 10-12 finish through their loss in the NLDS as their entire pitching staff seemed to lose its breath at the exact same time.

Guaranteeing themselves another fresh arm or two to plug in at will could be the difference between experiencing a similar fate and advancing to the first World Series in franchise history.