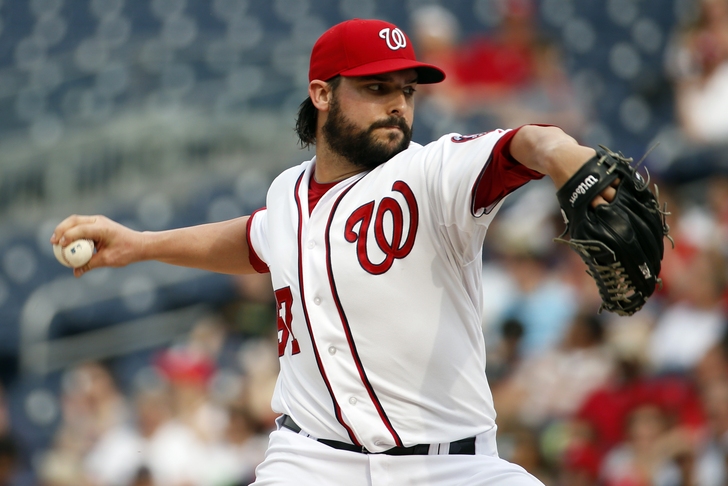 The Washington Nationals will get a boost to their rotation with the return of Doug Fister on Thursday, but it did raise the question of what to do with Tanner Roark, who took Fister's spot in the rotation.

Fister was placed on the disabled list on May 15 with a strained flexor in his right arm, resulting in a 4.08 ERA in seven starts.

“At the time, it was not allowing me to get my job done, and that’s something we can’t toy around with,” Fister said. “We’ve gotta win games here. Period. If that means me taking a step out, then that’s what I had to do.”

Roark stepped in a pitched well, posting a 3.38 ERA over five starts in Fister’s absence, but with rookie Joe Ross allowing just five runs in thirteen innings during his last two starts, Roark is expected to head back to the bullpen.

“The plan going into the season was to have those five guys in the rotation and Tanner in the bullpen,” Nationals Manager Matt Williams said. “Never in our wildest imagination thought Joe Ross would be here, but he’s stepped in and done well. So that’s a good thing for us. But we’d like to get whole and we’d like to get healthy.

Follow our Washington Nationals team page for all the latest Nats news and rumors!