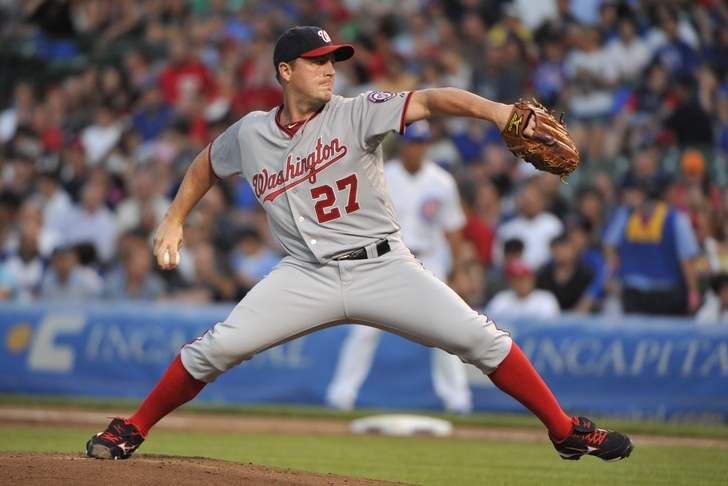 With Washington Nationals pitcher Jordan Zimmermann's current contract set to expire after the 2015 season and a lack of clarity as to the team's long-term vision for him, trade rumors have been swirling around the 28-year-old starter.

Count Nats manager Matt Williams as one person who wants Zimmermann to remain in D.C. for years to come.

“Everybody is talking about it. I love him on our team," Williams said, via Nick Cafardo of the Boston Globe. I love to give him the ball every fifth day. And I hope that I get a chance to do that for a long time to come. But it is the game. It is the business of the game. And you have to deal with it. I know that there’s been a lot of speculation, a lot of talk about it. But at this point I’m looking forward to giving him the ball every fifth day.”

Now it's up to Nats management to pay him like said "rock."