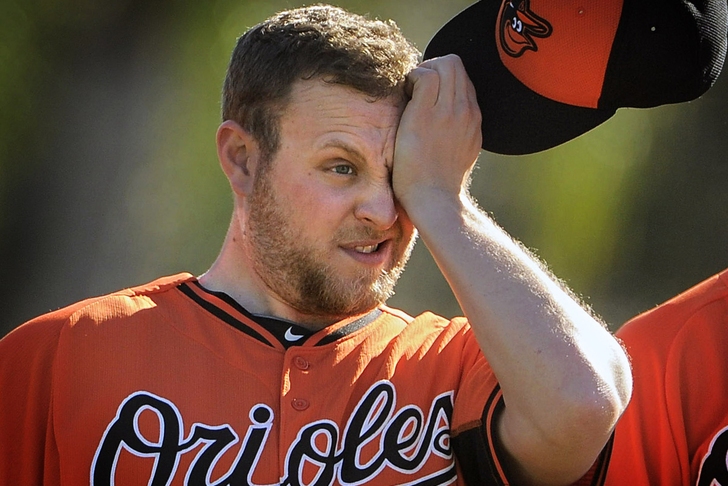 Meek, 31, is best known for giving up Derek Jeter's walk-off single in the New York Yankees captain's final Yankee Stadium at-bat last season. More relevant to the Nationals' purposes is Meek's five-year stint with the Pittsburgh Pirates from 2008-12 which included an All-Star appearance in 2010.

He bounced around the minors in 2013, before surfacing with the Baltimore Orioles and giving up an eye-popping 15 earned runs in 23.1 innings in his short MLB stint.

Ka'aihue last played in the majors with the Oakland Athletics in 2012, spending time with the Hiroshima Toyo Carp of Japan's Central League since then. Drafted by the Kansas City Royals way back in 2002, the 30-year-old has played in just 126 MLB games, with the lefty hitting just .221 with 15 home runs in those contests.