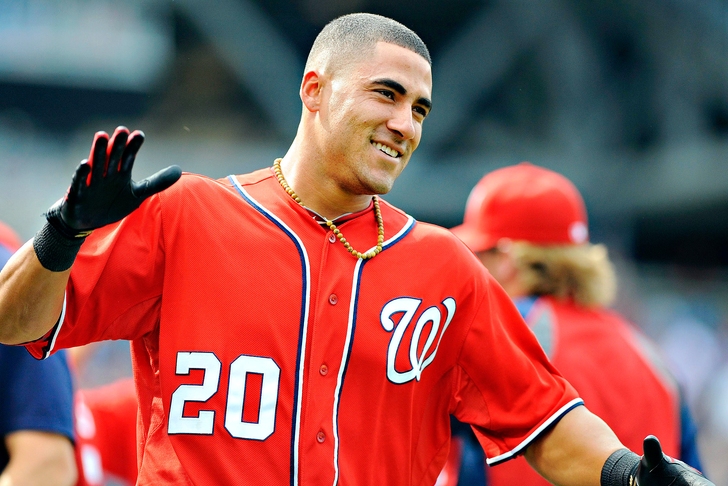 The Washington Nationals and New York Mets' trade talks centered on Ian Desmond haven't died off as of yet, but the Nats' insistence that Mets second baseman Daniel Murphy be part of the deal currently has the conversation at a standstill.

Per Andy Martino of the New York Daily News, "it is too early to say what a deal would look like, because talks between the Mets and Nats had not gained traction as of Thursday. The Mets are "unlikely" to move Daniel Murphy right now, according to a source — but remember, the team has been open to trading its second baseman for more than a year, in the right deal. It is hard to imagine Murphy holding up a trade for a player as good as Desmond."

Martino adds that the Mets went hard after Ben Zobrist before the Tampa Bay Rays dealt him and Yunel Escobar to Oakland last week, so it's possible that the Mets could even dangle Murphy down the road if no other options present themselves.